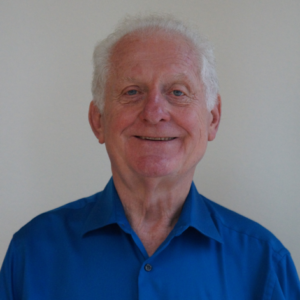 Named an Innovation Agent by Fast Company, James Truchard, president and CEO, co-founded National Instruments in 1976 and has pioneered the way scientists and engineers solve the world’s grand engineering challenges.

As one of Forbes’ America’s Favorite Bosses, Dr. James Truchard, commonly known around NI as Dr. T, has led the company from a three-man team to a multinational organization recognized as a Fortune 100 Best Places to Work and one of the top 25 World’s Best Multinational Workplaces by the Great Places to Work Institute.

Under Truchard’s leadership, the company’s long-term vision, known as the 100 year plan, and focus on improving the world by providing tools that accelerate productivity, innovation and discovery, has led to strong, consistent company growth and success of its broad base of customers, employees, suppliers and shareholders.

Under Dr. Truchard’s leadership, National Instruments redefined the test and measurement market with a software-based approach. Several key Innovations were necessary to accomplish this vision. LabVIEW was a key software innovation to achieve this goal. LabVIEW is a structured data-flow programming language that matches the way scientist and engineers think when they make measurements.

The development of LabVIEW would take two years of brainstorming and another two years to implement. Dr. Truchard served as a mentor while Jeff Kodosky created a design to realize the vision. A graphical approach was chosen because scientists and engineers often start a block diagram when conducting experiments. A user interface built into the language mimics the instrument front panel of a traditional instrument. This software-based approach instrumentation would come to be knows as virtual instrumentation with the tagline “The Software is The Instrument”. Virtual Instrumentation also required significant innovation on how hardware was managed by the software. Vision driven mentoring played a key role in achieving a highly differentiated position for National Instruments.

Additionally, Truchard has been recognized with the Woodrow Wilson Award for Corporate Citizenship for his community involvement with organizations including the Engineering Foundation Advisory Council, the University of Texas at Austin Chancellor’s Council, the Austin Software Council and FIRST Robotics.

Truchard holds a doctorate in electrical engineering, as well as a master’s degree and bachelor’s degree in physics, all from the University of Texas at Austin. Truchard earned his master’s and doctorate degrees while working full-time as the managing director of the acoustical measurements division at the UT Applied Research Laboratories.